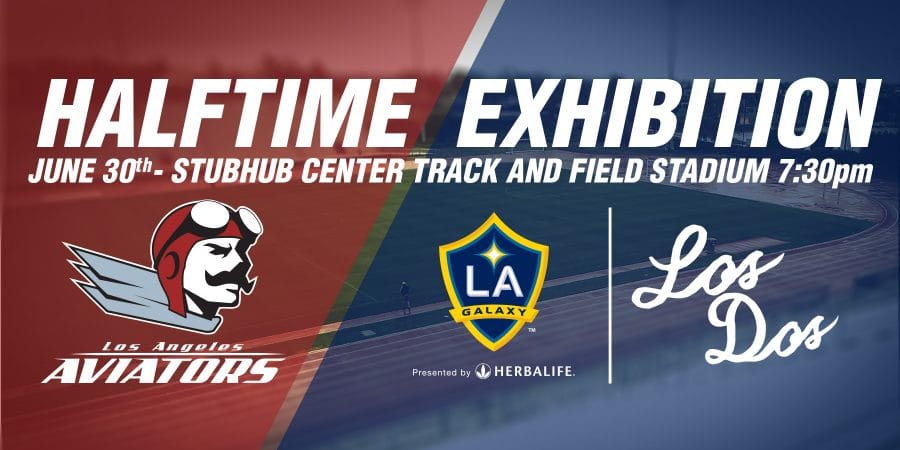 James Park, co-owner and executive vice president of the Aviators, said:  “I’m thrilled that we are able to show off the athleticism and fun of a pro ultimate disc game to a huge group of fans that might never have seen competitive ultimate before.  I think they’ll love seeing another athletic event that puts a different spin on the type of teamwork, flow, and strategy that soccer fans find so exciting.”

“We are very excited to bring the highly entertaining Los Angeles Aviators to StubHub Center,” said LA Galaxy II Business Development Manager Tom Gargan. “We always want to provide unique and exciting experiences for our fans, and we’re confident the Aviators will do just that.”

About LA Galaxy II: LA Galaxy II, a four-year member of the United Soccer League (USL), serves as the second team for Major League Soccer’s (MLS) most successful franchise, LA Galaxy. Established with the purpose of bridging the gap between academy and professional soccer, LA Galaxy II serves as the proving ground for LA Galaxy’s future talent while fielding some of the youngest lineups in professional soccer. Eight former LA Galaxy II players have signed contracts with LA Galaxy and the club has made playoff appearances in each year of competition, making it one of the most successful USL franchises in the nation. For more information, visit LAGalaxy.com/2, @LAGalaxyII on Twitter or LA Galaxy II on Facebook.