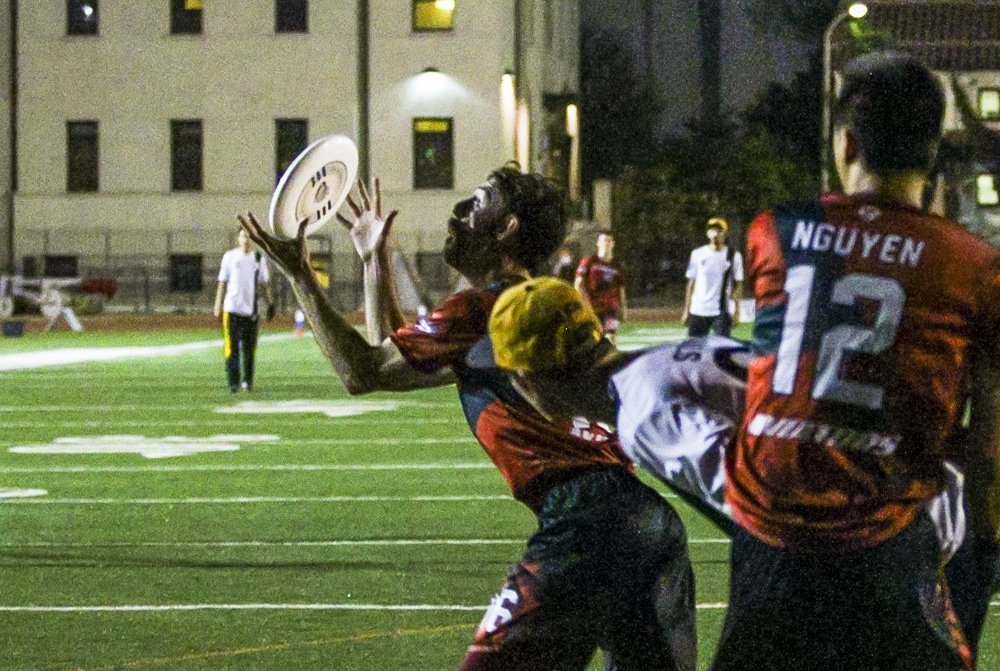 Possibly. Let’s add up the contributing factors.  (1)Not only did the Aviators win.  (2)They won in overtime…(3) at the last home game of the season…(4) by a thrilling buzzer beater…(5)that was a 40 yard hammer…(6)that was tipped by a defender and scooped up by Zach Theadore…(7)That secured a 2nd place finish in the division…(8)that wrapped a game that had as many ups and downs as a Hollywood drama…(9) That had a Callahan…(10)That had the best crowd energy all season!  Best game ever?  We think so.

Any one of those would make for an exciting game, but adding these all up somehow makes this feel like one of the most memorable and exciting games the Aviators have ever played.  While losing would not have eliminated the Aviators from the playoffs, a win on Saturday night felt like an important statement the franchise needed to make.  2nd place technically gives that team home field advantage in the playoffs, but in a division where travel costs are high, the #2 vs #3 playoff game will be held in San Jose, so the western championship game can be held at the #1 seeded San Francisco’s home field in Oakland.  That being said, 2nd place is still an unbelievably strong statement to make in the brutally tough western division.  2nd place also qualifies the Aviators for the Cross-Coast-Challenge for the 2018 season where they will travel to another division to play the 2nd ranked team from that conference.  2nd place also shows that in just 3 short years, Los Angeles has grown from “the team everyone loves to beat”  to the team everyone is worried to play.

You can see the game highlights here: Aviators vs Spiders Highlights