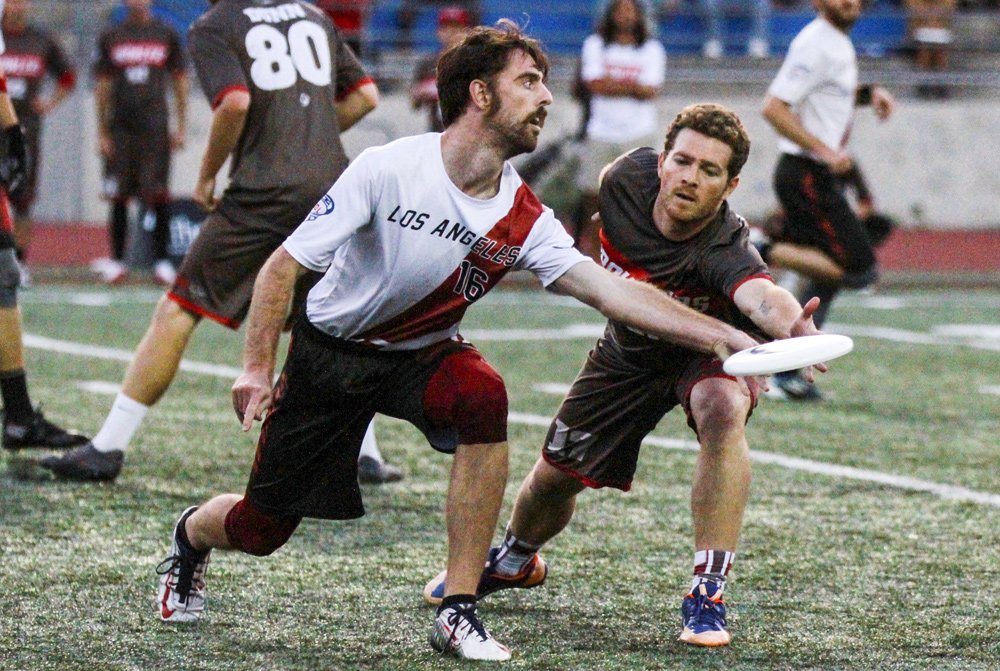 The Los Angeles Aviators start the 2017 AUDL season on the road this weekend against their Southern California rivals, the San Diego Growlers. Both teams made major acquisitions during the offseason, giving them both aspirations to improve on their performances from last season, while amping up the intensity of their rivalry at the same time.

The Growlers’ changes came from near and far. They added former San Jose Spiders stars Sean Ham (97 goals over the last two seasons) and Kevin Smith (top 30 in points played and top 15 in total assists in AUDL history). They grabbed a couple young talents from the Santa Barbara community in Will Turner and Kyle Rubin. But one of the biggest headlines of the AUDL offseason was the movement south from Los Angeles of former Aviators Tyler Bacon, Daniel Bellinger, Hunter Corbett, and Jeff Silverman. With so many familiar faces on the other side of the field, expect high intensity from every matchup all game.

On the Los Angeles side of the field, the Aviators organization is eager to show off new veteran acquisitions like Tom Doi, Ted Barnett, Kuo Hsun Wang and Aaron Weaver, in addition to their youth movement, including Josiah Mort, Matt Theologidy, Nate Ransom and Jacob Bartholomew.

Last season, the Aviators won the series by a 3-1 margin. After trading close decisions early on (1-point L.A. victory, 2-point San Diego win), the Aviators won the remaining two contests by a combined 14 goals. Those two victories came during an 8-2 stretch that propelled them to a 9-5 record and their first playoff appearance. San Diego’s season did not produce similar success. After a tumultuous offseason between the 2015 and 2016 seasons, including losing household names like Kurt Gibson and Jimmy Mickle, the Growlers finished their 2016 campaign with a 2-12 record, earning last place in the West division.
The excitement begins Saturday night at 7 pm at San Diego’s Balboa Stadium. With a beach tournament being held locally, family, friends and fans will be out in droves to cheer these two franchises to a positive start to their seasons.