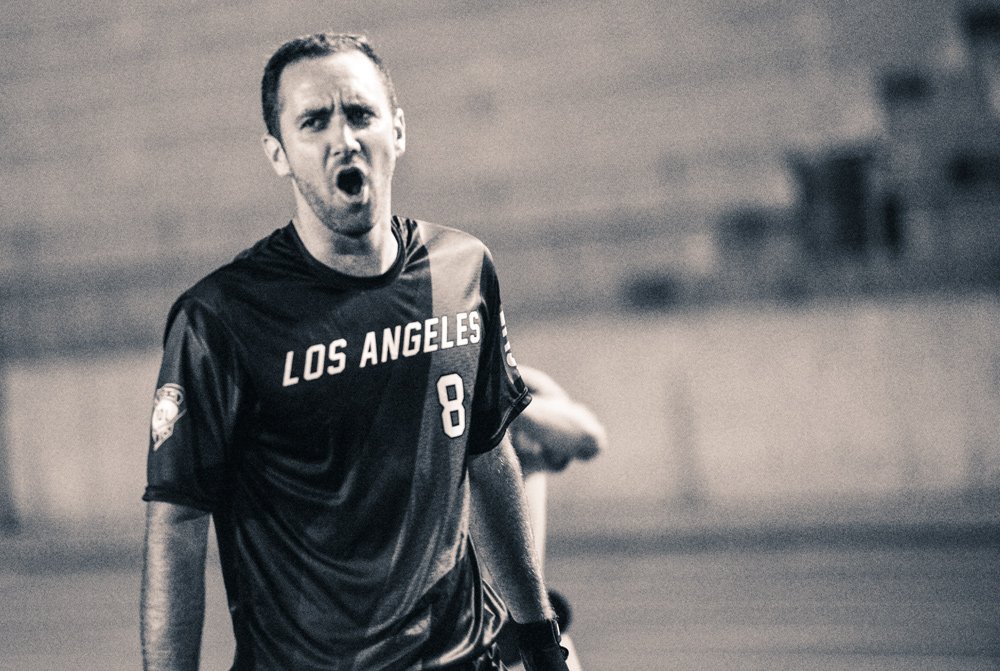 Beginning on the road for the first time in their three-year history, Mark Elbogen and the Los Angeles Aviators could not have looked more at home in their 31-26 victory over the San Diego Growlers in Balboa Stadium on Saturday evening. A close game early turned into a comfortable victory for the team and a dominant performance by an All-AUDL player and preseason MVP candidate.

The signs were there early when Elbogen scored three of the Aviators’ first four goals after eight minutes of play. With San Diego holding a mere 6-5 lead at the completion of the first quarter, the game was by no means a barn-burner. By the final buzzer, however, the Aviators tied a team record with 31 goals scored. Elbogen caught 11 of them, adding 3 assists along the way, having a hand in 45% of the team’s scoring. Only Jeremy Langdon (10 goals, 6 assists) of the Jacksonville Cannons had a higher combined first-game total than Elbogen’s 14, but his production was only 40% of Jacksonville’s league-high 40 goals.

Easy as they are to highlight, Elbogen’s were not the only key contributions to the Los Angeles victory. Bryan Nguyen filled not only his role as speeding and high-rising downfield goal-scorer, totaling four scores of his own, but showed that his offseason work on his midrange and deep throws paid off, accounting for four assists. One of his goals, a soaring grab over Jeff Silverman halfway through the second quarter, ended in an awkward landing and a possible leg injury. After a couple of minutes of rest he was able to return to play with no ill effects.

Eric Lissner led the Aviators with five assists, including three late in the fourth quarter to ensure the victory. Tim Beatty also had four assists while leading the team in touches and completions. It is an easy performance to understate, but considering Los Angeles was playing without team captain and offensive steady-hand Allen Lai, no considerable offensive stability should be overlooked. Mitchell Steiner and Eli Friedman added three assists each on the offensive side of the disc.

San Diego lead 7-6 early in the second quarter, but Los Angeles was able to take control from there. At 8-8, the Aviators held on offense, then had three defensive breaks in a row thanks to a Growler drop and consecutive blocks by Steiner and Aaron Weaver to go up 12-8 with two minutes remaining in the first half. The game stayed consistent from there, with Los Angeles leading by at least three and no more than five until taking a 29-23 lead with two minutes left in the game. San Diego managed three of the last five points to account for the final margin.

In their first games for San Diego against their former team, Hunter Corbett and Tyler Bacon made their presence known, scoring four goals each and having one and two assists, respectively. Corbett in particular brought the intensity he is known for, but the rest of the Growlers roster never seemed to amp themselves up to the same level.

In another bit of team and league history, Kuo Hsun Wang made his debut as the first Taiwanese player in the AUDL. He scored his first career goal early in the fourth quarter, assisted by Steiner and completing another break point for Los Angeles. Wang also had two assists, adding to the highly-productive totals of the defensive line, while also showing his propensity to send his body flying all over the field in the name of defense. His block totals will be rising very soon. One of his assists led to one of the highlights of the game. He attempted a pass to Zach Theodore into the endzone that was hotly pursued by a San Diego defender. Theodore could only muster tipping the edge of the disc and was left to helplessly watch it flutter towards the ground. Jacob Bartholomew, an explosively athletic Aviator rookie making his AUDL debut, came careening out of nowhere to make a diving grab before the disc touched the turf, notching his first AUDL goal and Wang’s first assist.

The victory earns Los Angeles their first 1-0 record in team history, and they look to extend that to 2-0 when they host the Vancouver Riptide at 1:30 pm on Sunday, April 9 at Occidental College in Los Angeles. The next matchup with San Diego comes at home on Memorial Day Weekend, on Saturday, May 27th.

[icon name=”plane” class=”” unprefixed_class=””] Game notes: Jacob Bartholomew had a statement layout block on an underneath cut by a Growler player. He later took an awkward step and had to sit out a couple points, but no long term damage… Friedman tallied the first dropped pull in Aviators history, but San Diego proceeded to immediately turn the disc back over… In their Los Angeles debuts, Tom Doi (2 defensive blocks) and Ted Barnett (quality pulls, one assist, zero turnovers) were strong and steady presences on the field… Rookies Josiah Mort (two goals, one assist), Matt Theologidy (two assists) and Nate Ransom (one assist) held their own on the defensive line… 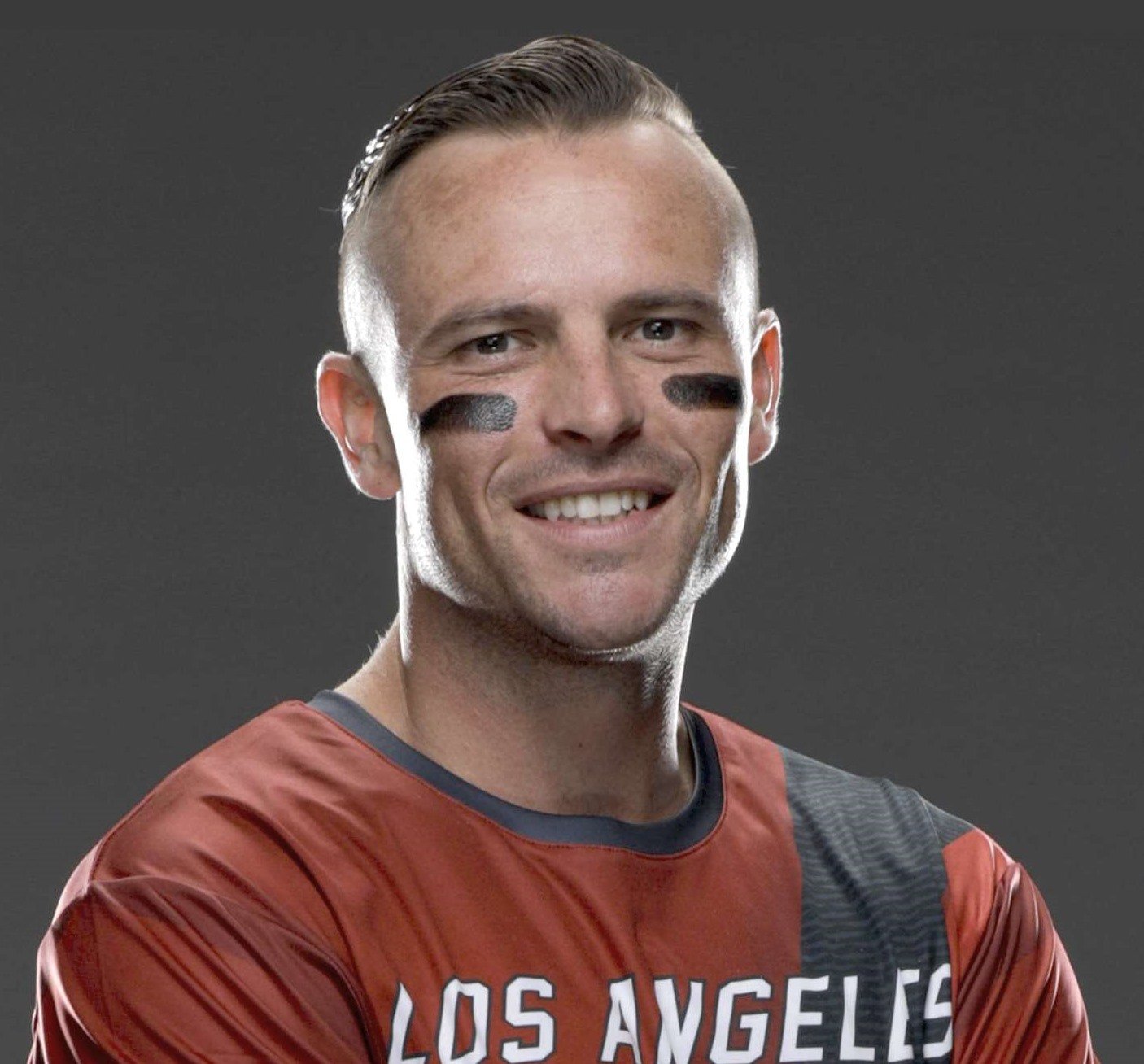