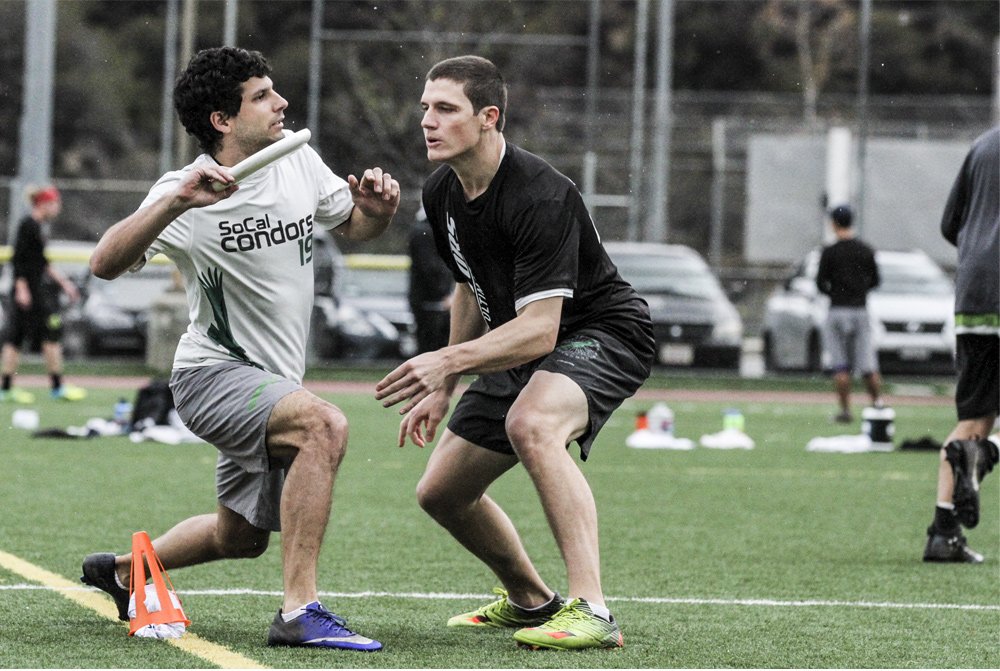 January 7th, 2017, Glendale, CA.  On a drizzly, grey day in Los Angeles, over 90 players made their way to Glendale Sports Complex to compete for just a hand full of roster spots on the 2017 Los Angeles Aviators team.  Players from all over the region checked in, picked up their jerseys and began warming up in the rain.  Most excitingly, players from Australia, South Africa, Taiwan, and Swtizerland were all registered and more than excited to experience the Aviators tryouts for themselves.  In addition to the international presence, there were many players from out of state that came to try and earn a spot as well. Colorado, Arizona, and Utah were all represented with lots of talent and once again proving that local talent isn’t the only draw for the Los Angeles team.

With that many participants, finding out who would be a legitimate contender, in a 4 hour tryout,  is a huge task.  The day started with a grueling 2 vs 2 setup on 8 mini fields.  There is no hiding in this drill.  Right away our evaluators could see who was in shape and who is not.  You have to be a great handler and great mark to be effective in this drill.

After a quick break, the groups went through 3v3 handler games, and with the focus being on disc movement and breaking the mark, it was clear the top 45 guys that had a legitimate chance to fill the open roster spots.

The evaluators divided the group into A and B and we scrimmaged 5v5 and 7v7.  With a full AUDL field now available, the players who had true elite speed and throws really stood out.  One exciting side note were the three 16 year olds and 15 year olds that not only held their own, but were contributing factors on the receiving and throwing side.  The future is bright for the Aviators with talent like this already competing at a high level.

Now the real work begins for not only the coaching staff but the rostered players as well as the soon to be signed new Aviators.  With opening day just 3 months away, the players have lots of work to do to integrate the new players and grind through practices and workouts to be game ready.  Stay tuned to our social media to see the 2017 roster announcements!

The future looks bright for the Aviators in 2017